Amid the crypto winter of 2022, Cardano (ADA) has also entered into a strong correction. Over the last few months, the altcoin has been on a prolonged downtrend. As of press time, Cardano (ADA) is trading at a price of $0.42 with a market cap of $14.6 billion.

Later this month on Nov 18-19, Cardano’s parent group Input Output Global (IOG) is conducting an IO Scotfest. This virtual event will showcase the community’s achievements over the last five years. Besides, IOG will also share its vision for Cardano in the future.

Let’s celebrate the dawning of a new era for #Cardano. Join us for a virtual event that will showcase the community’s achievements over the last 5 years & discuss IOG’s vision for the future of Cardano: https://t.co/Qw0VfFyjDn pic.twitter.com/wDoiQw4lmD

However, two days back a Cardano fan asked IOG CEO Charles Hoskinson regarding the special upcoming announcement this month. Responding to it, Hoskinson said that he will be announcing at the Edinburgh event ahead on November 18.

One of the users also told Hoskinson: “Just announce the news! No reason to hold it in unless it’s a big market mover! If it’s DJED that’s really not a surprise, right?” Responding to it the IOG CEO said: “Not djed. Been working on it for 4 years”.

There’s some hype being built up regarding the upcoming announcement from Cardano. It won’t be a surprise if we see the same getting reflected in the ADA price over the next two weeks. As per the ADA technical chart, the cryptocurrency is currently trading at the 100 and 200-day moving averages. Any breakout above this could lead to a strong price rally in ADA. 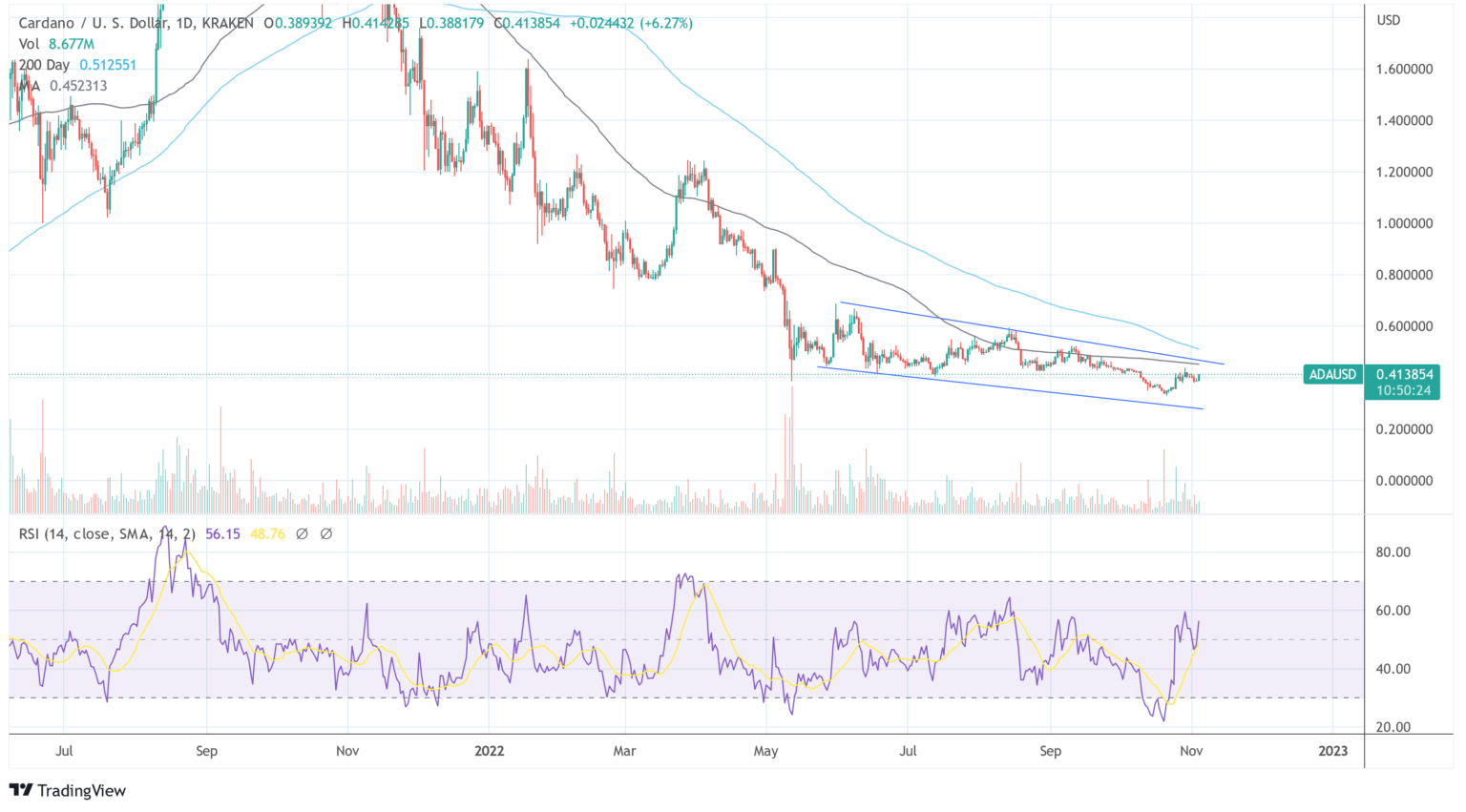 Although there’s some strong mystery around what’s coming to Cardano, the Edinburgh event could possibly kick off the fifth phase of Cardano development aka Voltaire. Currently, the Cardano team is also working towards the much-awaited scalability solution Hydra.

However, this is just an assumption that there could be some announcement related to Hydra during the IO Scotfest ahead of this month. Previous announcements made by Hoskinson have also generated some hype. However, it remains to be seen whether this turns out to be a “buy the rumor, sell the news” event.

In addition to this, the Cardano team is working in full swing on the launch of their native stablecoin DJED. The DJED stablecoin comes with an algorithmic design. In order to ensure price stabilization, it will use smart contracts. Currently, the final audit for the stablecoin is taking place. The stablecoin will go live by the end of this month.

The final audit report for $Djed is scheduled for the end of November 🎉 Here’s the update from the CEO of $Coti, @shahafbg. pic.twitter.com/6SKXrio5Kg

Unlike Aave and Litecoin, Big Eyes Coin is Promoting the Non-collateralization of Digital Assets